On November 9th, 2017, Bizs+ held the event of launching ZenShine toothbrush, a high-end product. The event not only marked a new breakthrough in the product's research and development of Bizs+ to affirm Bizs+ brand in the market, but also created an opportunity for the whole staff of Bizs+ to meet each other, exchange experience as well as increase solidarity.

The event welcomed the participation of K&G Vietnam's executive board and more than 100 employees of Bizs+ from all over the Northern and Central Coast provinces. Especially, the color of Bizs +, red, was covered the hall, bringing an exciting atmosphere than ever.

At the beginning of the event, Mr. Nguyen Vu Hai Dang, Brand Manager of Bizs+, introduced about K&G Vietnam and the new high-end toothbrush - ZenShine, the latest and most advanced products of Bizs +. With Mix Soft Soft technology that helps clean teeth more thoroughly, the anti-mold handle which is certified from the United States, combining with No.1 unique pattern marking technology from Japan, and 100% imported materials, ZenShine promises to bring a whole new experience for users, creating a new wave in the market when launched. 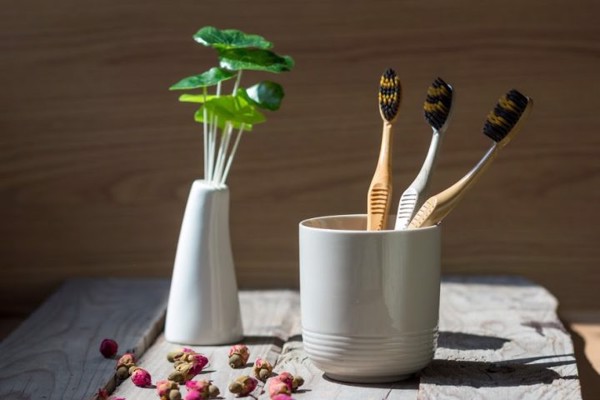 The high-level ZenShine toothbrush - classify in every detail

Right after the introduction of the product, Mr. Dam Thuan Sang, K&G's Director of Sales launched a marketing strategy and sales plans of ZenShine products to all staff. The campaign started on November 6, , aiming to the high-end segment, with the goal of selling 1 million toothbrushes a month, covering over 3,000 selling points throughout the Northern market. At the end of the event, Mr. Tang Van Khanh, CEO of K&G Vietnam, shared and encouraged sales warriors of Bizs+. He specially dedicated "3 golden words" to the ZenShine toothbrush, which is "Subtle - Quality - Classy". These 3 words affirmed the status of ZenShine and also became the motto of the whole event. Some photos of activities in the event: Close eyes and feel the beauty of Zenshine toothbrush The launching event ended with the cheers of the entire Bizs+ staff, chanting the "3 golden words" of ZenShine: Subtle - Quality - Class. From November 5, ZenShine, the high-end toothbrush applied modern Japanese technologies, will officially be presented in Vietnam market. The unity and determination of Bizs+ warriors will definitely bring Bizs+ further in the domestic market and in the world, creating a strong business.